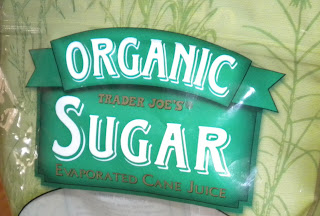 I had a recent request to do a post on sugar substitutes.  While there is a lot of conflicting research and information on the subject, I'm going to try and give the basic facts without too much personal bias. 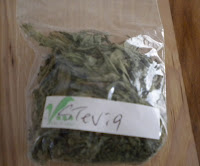 For more information on artificial sweeteners check out these websites:
Mayo Clinic
Baking with out sugar
Family Doctor

What do I think... Artificial sweeteners are just that, artificial.  Our body does not need them and just like sugar they do not add any vitamins, minerals, or antioxidants to our system.  They also do not make food taste good.  Often times, products that are made with sugar substitutes also have to add extra fat and other chemical compounds to make them taste decent.  Would you rather eat 4 mediocre cookies made with Splenda for 150 calories, or 2 really good cookies made with sugar for 150 calories?  I know which I would choose.  There are some studies coming out that show people who consume artificial sweeteners actually eat more.  They trick the body into thinking it is receiving calories, and when they are not there, it craves more.  There is also very little evidence to support its efficacy in weight loss.  Weather or not they cause cancer, headaches, or ADHD, I recommend people avoid these products and limit their intake of refined sugars.  When you eat a sweet treat, go for the real thing and truly enjoy it.

Brenna
I'm a dietitian with an appetite for all things delicious and interesting.